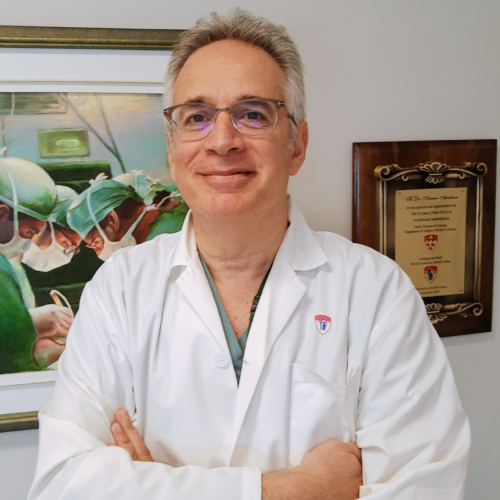 Dr. Armen Aprikian is the Clinical Lead of McGill’s Rossy Cancer Network and is President-elect of the Canadian Urology Association.

Dr. Aprikian has been awarded the American Society of Clinical Oncology Young Investigator Award, the American Urologic Association Practicing Urologist Award, the Canadian Urology Association Scholarship, the McGill University William Dawson Scholar Career Award and the Quebec FRSQ Senior Clinician Scientist Award.  He has obtained independent peer-reviewed grants from several organizations including the US Department of Defense and the National Cancer Institute, and served as interim editor in chief of the Canadian Urology Association Journal.  In addition, in 2004 he was a founding member of Procure, a Quebec-based Prostate Cancer Foundation dedicated to research and public awareness.  He serves or has served on several Boards of Directors or executive committees, including the Rossy Cancer Network of McGill University, Cedars Cancer Foundation, Goodman Cancer Research Centre, MUHC-Research Institute, Canadian Urology Association, Bladder Cancer Canada, and Procure Alliance. He is a member of the Mashdots Foundation executive committee and serves as a reviewer for the Semerdjian Fund. He is actively involved in a leadership role in national and provincial guidelines in prostate, bladder and testicular cancer surgery outcomes and has published over 230 peer-reviewed original scientific papers.  Finally, he was nominated as President-elect of the Canadian Urology Association.